Laura Woods has slammed Twitter users who speculated on what she was up to while presenting talkSPORT breakfast this week.

The Sky Sports presenter, who co-hosts the radio show with Alan Brazil, was recently on air in the studio with former Tottenham midfielder Jamie O’Hara, with ex-West Ham striker Trevor Sinclair joining them via video call from home.

Woods can be seen dropping out of view of the webcam for a few seconds in order to hide a yawn, much to the amusement of O’Hara, in a video that has been shared online.

“Bloody hell…I’m yawning you absolute donuts,” the presenter tweeted late Thursday evening (April 21), in response to some inappropriate jokes suggesting Woods “sniffed a line.” It’s a breakfast show that you can watch live on the internet. “Wake up and wobble your heads.”

“Knew this was sticking up for you in the gc all night aha xxxxx,” one fan responded. 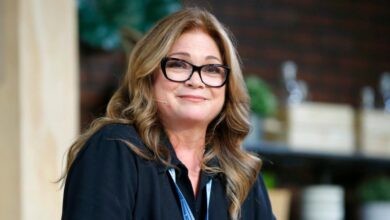