SEOUL, SOUTH KOREA – Fans are beginning to notice a pattern when dating rumors surface just as a group is making a comeback. When BTS released ‘Proof,’ V aka Kim Taehyung and Blackpink’s Jennie were allegedly spotted in Jeju Island. A rumored selfie of the couple is now making the rounds ahead of Blackpink’s ‘Born Pink’ comeback. While HYBE has remained silent on the subject, YG initially stated that it was difficult to confirm. Their second response now confirms that both Blackpink and BTS’ V will be in the United States during the same week, as the girls attend the VMAs and V visits New York.

Fans believe that HYBE’s silence confirms Blackpink Jennie and BTS V’s relationship because HYBE has been quick to deny dating rumors involving their artists, such as BTS RM’s marriage. However, everyone is divided about the new photograph in question. Toxic fans and those looking to protect the two from trolls claim that the selfie has been edited. However, some fans believe that Blackpink Jennie and BTS V’s selfie is genuine and was obtained from a private account.

Is the rumor of Blackpink Jennie and BTS V dating true? Fans recall label denials in the past. 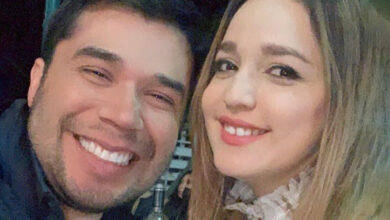 After an American architect, his fiance, and two family members went missing in Mexico on Christmas, a terrifying text was discovered.