In South Korea, even celebrities are exempt from mandatory military service. Kang Tae-oh, who played Extraordinary Attorney Woo in the K-drama Extraordinary Attorney Woo, has announced when he will enter the military to fulfill his required two-year service. The actor rose to prominence as a result of the K-drama, but what does a second season mean for Kang’s character?

On September 20, Kang Tae-oh will enlist in the military.

Since his role as Jun-ho in Netflix’s Extraordinary Attorney Woo, his impending enlistment has been a topic of discussion. Because of his fame from the K-drama, fans joked that they were willing to enlist on his behalf.

Kang spoke with Elle Magazine before leaving, and according to Soompi, he is grateful to the K-drama. “Because of this drama, I can confidently say, ‘I’ll be back safely.’ I feel more reassured than disappointed,” the actor said. 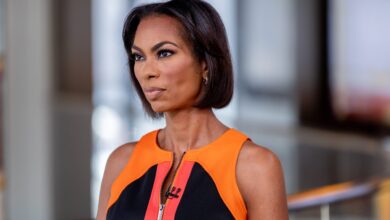 Harris Faulkner, the Fox News host, is nowhere to be found.

“I could change as soon as I saw the faces of my kids.”

Eddie Lucas claims he wasn’t invited to the season 10 premiere of “Below Deck.”