According to the Daily Star, Juventus director Pavel Nedved was seen making out with three women in a nightclub, and a video of the legendary Czech’s antics has surfaced.

The three women wearing bras were seen dancing and gyrating with the former Czech midfielder Nedved, who even cupped one of the breasts.

The quartet then laughs as a man enters the scene, and the video ends.

The responses to Nedved’s antics have been hilarious, and one of them referenced the current witch doctor scandal involving Paul Pogba.

Pogba: Pavel, what can we do to divert the media from covering me?

While another captioned a photo of a clearly exhausted Nedved as follows:

“Knew there was a reason Nedved looked tired”

Another user provided the Juve legend with amusing FIFA statistics:

With 327 appearances, 65 goals, and 84 assists during his illustrious career, Nedved solidified his status as a legend among the Old Lady.

The former midfielder won numerous cups during his playing days, but it appears that after retiring, he moved on to a different set of accolades.

The former playmaker for Lazio is now the director of football for Juventus. He was previously married to Ivana Nedved, but the couple divorced last year.

Paris Saint-Germain (PSG) will be a tough opponent for Juventus.

However, PSG is in fantastic shape thanks to the thriving Lionel Messi, Neymar, and Kylian Mbappe.

The trio has benefited from the addition of FC Porto midfielder Vitinha, who has given Christophe Galtier’s team a genuine presence in the middle of the field.

PSG will enter tonight’s match as the favorite, but given that the game is taking place at the Allianz Stadium, Juventus could shock everyone.

Unless he is too busy at a club in the city, Nedved will be a devoted viewer.

In “Pokémon GO,” is Regice capable of shining? What You Should Understand 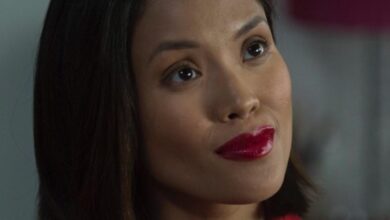 Sylvie Grateau, aka Philippine Leroy-Beaulieu, discusses her minimalist French beauty routine in the episode “Emily in Paris” and explains why she doesn’t own a television.