When photos from their younger years were posted on Instagram alongside their current photos, stars from “The Real Housewives of New Jersey” had fans doing a double take.

The Bravo reality show’s cast members are in their 40s and 50s, but a fan account for the network gave viewers a look back at how they appeared as teenagers in the 1980s and 1990s. However, Jersey genes are strong, so some fans mistakenly believed they were looking at photos of the cast members’ daughters in the present.

The similarities between Teresa Giudice and Melissa Gorga and their daughters as teenagers astounded fans.

Cast members from the RHONJ were depicted as teenagers and as adults in a slideshow published by the Bravo After Thoughts fan page in January 2023. Teresa Giudice opened the photo gallery with a comparison of a recent image of her in full glam mode with her permed hair from the 1980s.

People are only now becoming aware of how the default iPhone setting consumes battery life. 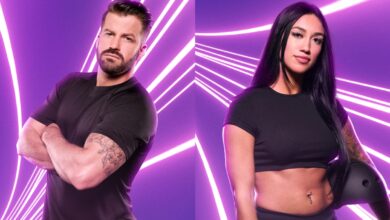 According to Johnny “Bananas” from “The Challenge,” he and Moriah had a “full-blown challenge relationship.”