Today marks the 18th anniversary of The X Factor’s explosive arrival on our television screens. Since its debut, we have been treated to some of the most iconic auditions and talented singers.

Since its debut on television on September 4, 2004, the ITV singing competition has become a mainstay in all of our lives, introducing us to artists like Cher Lloyd, Little Mix, One Direction, and Shayne Ward.

However, despite the TV show’s abundance of memorable scenes, catchphrases, hot boybands, and amazing singers, it has also experienced its fair share of heartache.

After giving birth, Alexandra Burke stuns at the Notting Hill Carnival while sporting a breast pump.

The X Factor has experienced many tragic events, including suicides and unexpected deaths; these are the most heartbreaking.

Tom Mann, the star of Stereo Kicks, was devastated when his engaged wife Danielle Hampson tragically passed away the day before their wedding.

Tom, 28, and his band Stereo Kicks participated in the 2014 season of X Factor and finished fifth.

But earlier this year, just hours before their wedding ceremony, the singer’s fiancée passed away, causing him great sorrow.

On what should have been the happiest day of her life, Dani unexpectedly passed away in June at the age of 34. Her cause of death is still unknown at this time.

Tom wrote: “I can’t believe I am writing these words but my darling Dani – my best friend, my everything and more, the love of my life – passed away in the early hours of Saturday morning, June 18th.

The “happiest day of our lives” turned out to be an irreparable heartbreak.

As a “sign of unconditional love” for her and as he raises their son as a single father, he continued by saying that he would keep wearing his engagement ring.

In front of Simon Cowell, Louis Walsh, Danii Minogue, and Cheryl Tweedy, Ariel performed on The X Factor in 2008.

Contestants were given a number to wear in the form of a sticker when she appeared on the show so they could be processed.

She fumed that she was “a human being, not a number” when she first spoke to the judges, showing how unimpressed she was with being assigned a number.

She sang an original song for the panel while introducing herself as a “holistic” vocal coach but was not advanced to the next round.

At the time, Simon called her a “nightmare,” but Ariel later came to be cherished by X Factor viewers for her unique appearance and memorable audition.

Ariel kept singing after her time on TV, but 11 years after her audition, she was tragically discovered dead in her West Yorkshire home.

A pre-inquest hearing at the Coroner’s Court in 2019 heard that Ariel’s landlord visited the property after she failed to respond to messages and concerns had been raised for her welfare. The singer committed suicide at home when she was 38 years old.

On social media, the singer’s friends and family paid tribute to her. One of her friends told The Sun that she “regret[ed]” competing on “X Factor” because she “was actually a decent musician and it sort of tainted her.”

Phillip Joseph Magee, a singer from Northern Ireland, became well-known after making an appearance on X Factor in 2005.

He performed well in the competition but was eliminated in week three, giving Chico Slimani the top spot.

After his TV job, Phillip didn’t have it easy, and he suffered greatly when his brothers committed suicide.

Twenty months after his older brother Paul, 21, shot himself in January 2008, his younger brother David committed suicide in 2009.

David, who was 20 at the time, turned to suicide because he was unable to cope with the loss of his older brother, who he looked up to.

Phillip revealed in an interview with Sunday Life that his brother’s death was “very unexpected” and that there were “no tell-tale signs” before his untimely passing.

What goes on inside people’s heads and what motivates them to do that is a complex issue, he continued.

The line between life and death is so thin, your mind is such a sensitive thing, he continued.

Ruby Cruz, star of “Willow,” loved her new role as a “Disney Princess.” 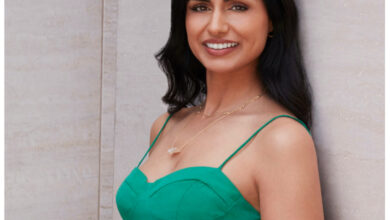 What Was So Insulting About Gurleen’s Dinner Party Faux Pas on Bravo’s “Love Without Borders”?

Why did Miriam, played by Dianne Wiest in “Mayor of Kingstown,” let go of the robber after being assaulted? 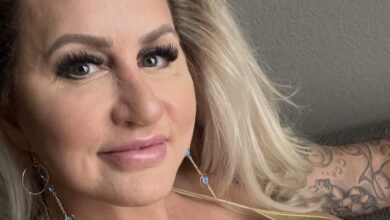