The Challenge: USA on CBS is still a favorite among fans of MTV’s The Challenge. So far, fierce competitors for a spot in the final have emerged from Survivor, The Amazing Race, Big Brother, and Love Island. Before the remaining players face off against one another for the grand prize, there are only a few more eliminations left. So, in episode 10, who goes home? Spoilers for The Challenge: USA are presented below.

A new clip shows what’s to come in episode 10

The Challenge: USA episode 10 keeps highlighting how fiercely competitive the competition is. When Desi and Danny were paired up and triumphed in the daily challenge in episode 9, they were at odds. Danny wanted to keep Angela from being eliminated, while Desi wanted to bring in a tough opponent like Angela. Together, they decided to pit Sarah against Cashay, and Sarah won the match. Sarah didn’t want to compete against Cashay, so this will undoubtedly jeopardize their alleged alliance.

What can we expect from episode 10? A brief video of the day’s challenge, which involves using pegs to construct a bridge on a moving truck, was posted on the Challenge: USA Twitter page. To reach the front of the truck, competitors must cross it as quickly as they can. Competitors who fall off the truck are disqualified and might be eliminated. There is also a turn in the story. Before starting the traverse, each competitor may place six pegs on the truck in any location they choose.

Guest T.J. Lavin also warns the cast that since it’s a men’s elimination day, they must play their best game to avoid ending up in the arena.

Who leaves in episode 10 of “The Challenge: USA”?

So, in episode 10, who departs? David Alexander is the next contestant to bow out, according to The Challenge: USA spoilers from PinkRose that were uploaded to Reddit.

David began his career in reality television on Big Brother, and he has been able to maintain a low profile throughout the season. In episode 10, it appears that his good fortune is running out. It is unclear if he loses the daily challenge and enters the elimination in this manner, or if the daily challenge winners send him in to face the loser.

The finale of “The Challenge: USA” is upcoming, and spoilers indicate plenty of drama.

The Challenge: USA spoilers on Reddit indicate that the contestants have a very difficult time in the finale. The remaining competitors reportedly split the final over two days, according to the spoilers. The final is allegedly more difficult to run than expected due to the weather, and at least one competitor (Angela) withdraws. Angela is rumored to have left during the overnight segment. Ben advances to the finals but is later disqualified due to an injury, fueling speculation about the dangers that lie ahead.

Out of all the teams that compete in the finale, only one team, according to spoiler expert PinkRose, completes it. We eagerly anticipate what lies ahead.

The Challenge: Wednesdays at 9 p.m. on USA. CBS at ET.

Subscribing to the Showbiz Cheat Sheet YouTube channel will give you access to additional entertainment news and exclusive interviews.

A cast member of “The Challenge: USA” claims that the living conditions weren’t the best. Fans are in tears as wrestling sensation Harley Cameron flashes her wild side in a tiny leopard-print bikini. 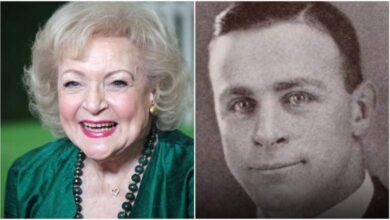 America’s Got Talent 2022 LIVE – Golden Buzzer awarded to contestant who cried all the judges, the audience, and the viewers.