Hank, 13, and Alijah, 8, accompany Kendra Wilkinson on a grocery run in Los Angeles as she embraces her “mommy duties.”

Questions Are Raised by Celebrity Paid Partnerships With Pfizer 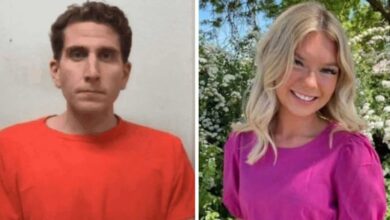