In advance of Georgia’s Senate runoff election later this month, a video of Herschel Walker claiming that racism was “the hardest thing…I had to overcome in life” has surfaced again.

Walker downplayed claims of systematic racism in America ahead of this month’s midterm elections as part of his criticisms of “woke” culture, declaring at one point, “You’re not a racist unless you’re 185 years old in today’s world.”

According to the video shared on Twitter by Patriot Takes, an account with 448,000 followers that is committed to “exposing right-wing extremism and other threats to democracy,” he had a very different perspective when he was younger.

In the video, Walker is questioned about the biggest obstacle she has faced.

The hardest obstacle I believe I had to overcome in life, he said, “was racism.”

Ryan Gosling refers to Eva Mendes as her “husband,” which fuels engagement rumors. 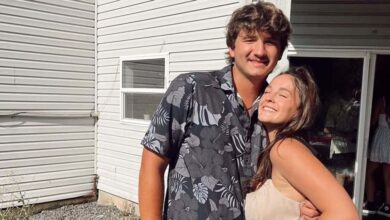 Where was Ethan Chapin’s body found after the Idaho massacre? Web detectives link Xana Kernodle’s injuries to his demise