Actor Darius McCrary, who has long accused his ex-wife Tammy Brawner of “terrorizing” him, is reportedly requesting a restraining order against her. Initially requesting an order of protection in August 2022, McCrary—best known for portraying Eddie Winslow in the 1990s sitcom “Family Matters”—had filed the paperwork.

The 46-year-old actor did not appear at the hearing, so that request was denied. In recent court documents, he has alleged that for nearly four years after their divorce was finalized, his ex has been “terrorizing” him. McCrary expressed concern that he would follow in the tragic footsteps of comedian Phil Hartman, who was tragically killed by his wife in 1998.

Kim Kardashian received a restraining order against a stalker who “telepathically” spoke to her, according to Andre Persaud

Eric Everardo: who is he? Against a stalker who left disturbing notes, Lana Del Rey obtains a restraining order.

In the August filing, McCrary claimed that Brawner tried to attack him with a lead pipe and broke his car window. The actor claimed in recent court documents obtained by The Blast that he missed the August hearing because he had to “flee from [his] ex” and was “displaced at the time.” McCrary also claimed that he is “emotionally traumatized” and “cannot focus on work or day to day for fear.” 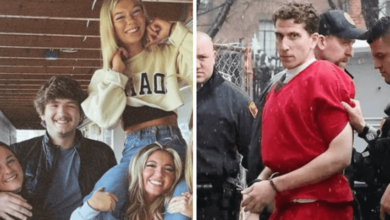 Experts speculate about the possibility of a “calling card” left by Bryan Kohberger, saying “I think he’s killed before.”

Bryan Kohberger may have killed because of an “incel complex,” according to an ex-FBI agent

Despite disparaging McCarthy, Lauren Boebert is appointed to a prominent position.