Big Zuu, a grime musician and TV chef, has been chosen as the face of a new initiative to raise savers’ awareness of their workplace pension.

The campaign, appropriately dubbed Pension Attention, aims to simply “connect or reconnect” people to their retirement savings rather than persuading them to contribute more to their pots.

Finding out where your pensions are will give you some idea of your future savings, according to Big Zuu.

“People won’t even be aware that they have money set aside from a previous job for their future.”

Eight out of ten workers in the UK have a workplace pension, but many claim to be unsure of where to look for information on these savings, according to those behind the initiative.

People changing jobs frequently, according to a previous Department for Work & Pensions warning, could result in 50 million “lost pensions” by 2050, costing savers thousands of pounds in pension pots.

The initiative comes at a time when the cost of living is still having an impact on millions of people across the nation, with over 10% of respondents to a recent survey reporting that they had stopped or reduced their pension contributions.

Sarah Cordey, the campaign manager for Pension Attention, said it was more crucial than ever to support “people making difficult financial decisions so that they do so from a position of knowledge and understanding.”

She continued, “This campaign isn’t about raising contributions; it’s about raising saver awareness and giving them confidence in their pension.”

We want people to feel empowered to locate and monitor their pensions so they are aware of how their future savings are accruing.

You can feel more at ease or in control by taking small steps, according to Caroline Siarkiewicz, chief executive of the Money and Pensions Service, like checking an online pension account, reading your statement, or speaking with your provider.

If you lack confidence regarding pensions, keep in mind that knowledge is power, she advised.

She cites recent research indicating that compared to 29% of those who took no action, 60% of those who paid some attention to their pension felt roughly on track for a reasonable income in retirement.

She continues, “Having a goal for the retirement you want can also inspire you to act.

Big Zuu explains, “I have friends who are delaying thinking about the future because it’s difficult with everything going on right now. But investing a little time now in learning about pensions will pay off in the long run.

He continues, “Understanding your pension is really simple and it benefits you in the end if you get the right information and take the right actions.

“Pay attention to your money because it will help you take care of yourself in the future.”

A large portion of the pensions industry is funding the Pension Attention campaign, which is coordinated by the Association of British Insurers (ABI) and the Pensions and Lifetime Savings Association (PLSA).

The goal of Pension Attention, according to Nigel Peaple, the PLSA’s director of policy and advocacy, is to help savers feel good about having a pension and demonstrate how simple it is to keep track of it.

Esther Ripa, Kelly Ripa’s mother, is recovering from a heart procedure and did well. 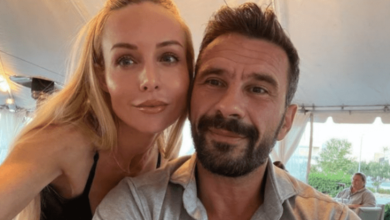 Review of First Dates Hotel on Channel 4: Possibly the only dating program with a good heart