During a night out in Capri, Italy on Saturday, June 11, Alex Rodriguez was photographed kissing his girlfriend Kathryne Padgett. According to photographs taken of the couple, A-Rod and his new model girlfriend were dancing and singing, with the Yankees slugger even playing tambourine percussion.

Rodriguez, 46, and the blonde beauty, 25, first became linked in January when they were seen cuddling at Lambeau Field during a Green Bay Packers playoff game. Insiders told Page Six at the time that Rodriguez was still a “single dude,” but it now appears that Padgett and the ex-baseball player are getting along swimmingly following his split from Jennifer Lopez. The two were all smiles at ‘Taverna Anema e Core’ on Saturday, holding a glass of wine in their hands. The couple kissed as they sat down and continued kissing on the dance floor.

Kathryne Padgett is a well-known actress and model. In Miami, Alex Rodriguez exercises with his rumored girlfriend.

Padgett was unafraid to use the PDA during Game 5 of the NBA Eastern Conference Finals in Miami, according to a source close to the situation, while Rodriguez was more cautious. Rodriguez, a Minnesota Timberwolves co-owner, has been seen with Padgett at a number of basketball games this season.

Rodriguez’s former girlfriends include Jennifer Lopez, Torrie Wilson of WWE, Anne Wojcicki, a billionaire entrepreneur, and actresses Cameron Diaz and Kate Hudson. He was also previously married to Cynthia Scurtis, whom he divorced in 2008.

Kathryne aka Kat Padgett is an obsessive fitness freak who competes in National Physique competitions, according to her Instagram account. She is based in Dallas, Texas. She is a gym rat who prioritizes nutrition, diet, and overall health. As a nutritional director, she works for Doyle Sports Performance. Kat is currently pursuing her certification as a dietitian and regularly flaunts her shredded physique on her Instagram account.

Rodriguez appears to be enjoying himself with his new date Padgett, and she appears to be as well. Rodriquez is not yet ready to commit to a serious relationship, according to sources, after recently ending a four-year engagement with Jennifer Lopez. By attending a Minnesota Timberwolves game against the Brooklyn Nets in Minneapolis, the sports-obsessed couple fueled dating rumors. Kat shared several Instagram Stories from courtside at the Target Center, where A-Rod is a co-owner of the Timberwolves.

The shareholder vote by Activision Blizzard demonstrates how the tide is shifting against the “frat boy” video game industry. 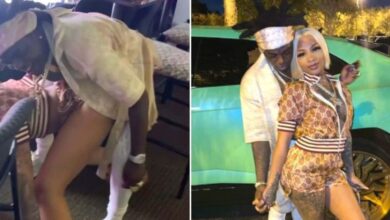 Was there any SEX between Kodak Black and Essence at the Panthers game? Rapper ‘Mrs’ appears in a bizarre video.

Keep Sweet: Why Warren Jeffs’ true crime documentary, Pray and Obey, is a hit on Netflix