In the last month, a man was shot and killed inside the Bloomington, Minnesota, Mall of America. On January 17, a 17-year-old boy and his mother were both arrested in connection with the incident. Lavon Longstreet was taken into custody by US Marshals at a residence in Decatur, Georgia, according to Bloomington Police Chief Booker Hodges. Currently detained on suspicion of second-degree murder and assault, Longstreet He’s awaiting his extradition right now.

According to CBS News, Longstreet’s mother, Erica McMillian, was also detained on Tuesday in Golden Valley, a city in the Minneapolis-St. Paul metropolitan area. After the shooting, the mother is thought to have driven Longstreet quickly from Minnesota to Georgia. According to Police Chief Hodges, she is being detained on charges of encouraging and complicity. Erijah Johnson, 30, was also detained at the Decatur house, according to the police, on charges of aiding and abetting.

Five teenagers were detained by Minnesota police following a shooting at the Mall of America that left a 19-year-old dead.

Before Christmas, a gunman opened fire at the Mall of America, leaving one person dead.

Idaho murder suspect “wasn’t a bad guy,” according to Bryan Kohberger’s former friend: “He just wanted to be liked.”

Bill Clinton Is Hiding, According to Joe Rogan: “The World Has Turned Against Him”

A wardrobe mishap is revealed by Amanda Seyfried at the 2023 Critics’ Choice Awards. 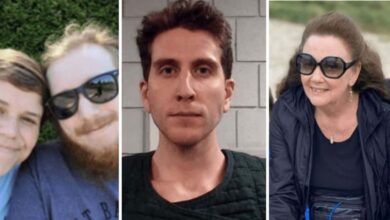