Matilda Ledger, the daughter of Heath Ledger and Michelle Williams, was reportedly raised in a farmhouse because her mother wanted to “keep things real” for her daughter as she grew up. NEW YORK CITY, NEW YORK The 17-year-old, who has avoided the spotlight for the majority of her life, made a rare public appearance in New York where she strikingly resembled her late father, who tragically passed away in 2008 from an accidental drug overdose.

When the incident occurred, Matilda was reportedly only two years old, leaving her in the care of Williams, who chose to keep her daughter out of the hustle and bustle of the city. The ‘Brokeback Mountain’ actress told the New York Post in June 2016: “We moved – we left Brooklyn and lived in the country for six years because it was an intolerable state of existence.” The mother-daughter pair later moved back to their Brooklyn property where Williams had lived before the move. Despite her own background as an actress, the 42-year-old actress was determined to “keep things real” for her daughter, according to the DailyMail.

Michelle Williams welcomed her second child with her husband Thomas Kail, making her a mother of three now.

Why was Heath Ledger’s death attributed to Mary-Kate Olsen? the real reason why his masseuse called him after finding him 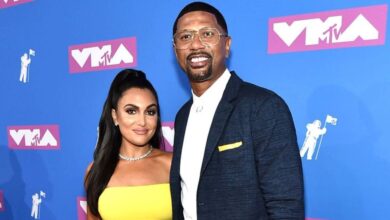 Celebs who looked their best at the 2023 Golden Globes included Michelle Yeoh, Selena Gomez, and others.

Cornwall is prepared for takeoff as the first satellite launch from Europe prepares to make space history.