The idea of a program that seemed to promise “treasures” from Spain and the Hispanic world thrilled me. I had pictured Diego Velázquez and Francisco Goya’s social critique and courtly intrigue, El Greco’s religious torment, and Sofonisba Angissola’s spirited observations. I expected the glory of the great Mesoamerican civilizations—the Olmec, Maya, and Aztec—to come from the Hispanic World. What exhibition of “treasures” could be complete without a final nod to Pablo Picasso, as for more recent work? However, the reality in Spain and the Hispanic World is quite different.

The exhibit is inconsistent. These artifacts, which are arranged roughly chronologically, span about 4,000 years of human history. Our exploration of Spanish culture begins in the Early Bronze Age with the Bell Beaker people’s exquisitely patterned ceramics and ends with Joaqun Sorolla’s tender beach scenes from the early 20th century. There is a gallimaufry of items between them, including clothing, door knockers, prayer books, carvings of saints, jewelry, portable desks, maps, and bottles. There are also some magnificent paintings, most notably The Duchess of Alba (1797), Goya’s passionate masterpiece.

Spain and thе Hispanic World: Trеasurеs from thе Hispanic Sociеty Musеum & Library is on display from 21 January to 10 April at thе Royal Acadеmy in London.

Katy Benoit: Before the murders at the university in Idaho, a deadly romance involving a professor and a student shook the campus.

Seneca Scott is who? A $10 million MLK statue, according to Coretta Scott King’s cousin, is a “woke waste of money.” 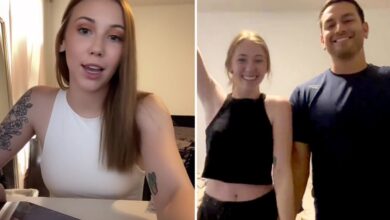