In a recent interview with The Hollywood Reporter, the actor said, “When I first read this book, I was thinking a huge amount about God, about philosophy and psychology, and about my experience in the world. “Greg writes about all of these topics, and he really swings for the fences. He was tasked with not only telling a remarkable tale and providing gripping drama as the plot developed, but also discovering the meaning of life through this text, you know? What is God’s nature? What is God, if there is one?

Roberts wasn’t directly involved in the adaptation of his 900+ page novel outside of offering his insight. Instead, he preferred to adopt a hands-off strategy and let the project develop naturally. Since there may be some differences, here is a recap of how each significant event unfolded in Shantaram’s written account.

What Happens In The Shantaram Book?

Shantaram begins with Lindsay “Lin” Ford, a bank robber with a criminal record who has just arrived in Bombay after escaping an Australian maximum security prison. Prabaker, the guide he hires, quickly bonds with him as a close friend and shows him some of the seedier side of the city. While in the city, Lin also meets and falls in love with Karla, a mysterious Swiss woman.

As their relationship deepens, Prabaker extends an invitation to Lin to visit his hometown of Sunder, where the fugitive battles the ghosts of his past crimes and the family he left behind that still haunt him. Lin eventually achieves profound inner peace through therapeutic reflection; for this reason, the Indians have given him the name Shantaram, which means “man of peace.”

The two friends are robbed while traveling back to Bombay, and Lin is left with nothing. So Prabaker sets up his relocation into a hut. After a fire, Lin uses his basic medical training to aid the injured and soon finds himself running the neighborhood’s makeshift clinic. Khader, the leader of Bombay’s criminal underworld, notices his good deeds and adopts Lin.

In the interim, Karla travels to Bombay to see Lin and asks him for assistance in freeing her friend Lisa, who is stranded doing prostitution for the evil Madame Zhou. Even though the operation is ultimately successful, things don’t quite go as planned, and Lin quickly makes an enemy in Madame Zhou.

So when cholera breaks out, Karla repays the favor by aiding Lin in containing the outbreak, bringing the two of them even closer together. As a form of retaliation from Madame Zhou, Lin is detained by the Bombay police shortly after they consummate their relationship and sent to the appalling Arthur Road Prison. Before Khader can use his connections to secure Lin’s eventual release, he is subjected to months of abuse and torture there.

Lin joins Khader’s mafia after being released from prison and, out of gratitude, learns about the currency and passport black markets. However, Lin resumes using heroin after Prabaker perishes in a car accident, and Khader and Karla work together to free him from an opium den. Lin consents to travel with Khader to Afghanistan to deliver weapons to rebels battling Russian invaders once he gets sober. When they arrive, Lin discovers that Khader hadn’t been up front about his intentions when inviting him along. He also finds out that Khader paid Karla to bring him back to him. Outraged, he decides not to travel with his friend on the remaining leg of their trip to Pakistan. Days later, a different soldier returns to camp with Khader’s body.

When the remaining soldiers ultimately decide to flee for Pakistan, Lin is shot and rendered unconscious. However, he awakens in safety in Pakistan and travels back to Bombay to complete some unfinished business. That includes tracking down and taking out Ghani, a dependable mafia elder who was in charge of the murderous Sapna vigilante campaign against the wealthy.

The second item on the agenda is Lin exacting long-awaited retribution against Madame Zhou. However, when he gets there, he discovers that someone got there first and burned down her brothel. He doesn’t kill her; he just lets his foe suffer.

How Does Shantaram End?

Lin consents to fight alongside his friend Nazeer in another holy conflict in Sri Lanka because Khader’s death has left the mafia in ruins. But before leaving, he has one last conversation with Karla and confesses his disinterest in her. Lin goes back to Prabaker’s hometown to pay a visit to his friend’s departed family. He encounters Prabaker’s young son there and remarks on how much the boy resembles his father. The book concludes with the words “We live on,” setting up the following chapter, after a stirring speech about peace, love, and happiness. 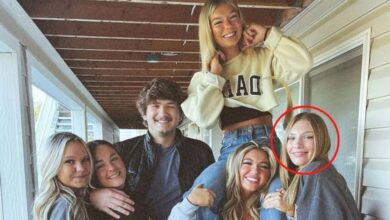 For the first time since it was revealed that Dylan Mortensen encountered an Idaho killer, she was spotted.

Season 5 of Queen of the South: The real reason Pote killed Boaz is revealed by the showrunner

When her sex tape scandal recently reappeared, Pamela Anderson described herself as “sick.”