Plans by Liz Truss and Kwasi Kwarteng to eliminate the top rate of income tax have been abandoned.

In an effort to boost the economy, the Chancellor announced in his mini-Budget that the 45p income tax band for the top earners in the nation would be eliminated. Because the plan benefited the richest members of society during a crisis in the cost of living, it was roundly criticized.

Despite Ms. Truss and Mr. Kwarteng’s continued defense of their economic strategies, the Chancellor announced a U-turn on the 45p income tax cut on Monday morning.

He added that the elimination of the tax band had “become a distraction from our overarching mission to tackle the challenges facing our country,” saying “We get it, and we have listened.”

What is the 45p income tax rate?

Its elimination was a component of the government’s £45 billion tax cut package, which was financed by borrowing. This move alarmed the markets and sent the pound, which has since recovered, plummeting.

The Bank of England had to intervene with a £65 billion loan and issue a warning that interest rates could rise in order to stabilize the pound.

The pound has returned to levels seen before the mini-Budget as a result of the U-turn regarding the tax cut. The pound rose to $1.13 briefly overnight before falling to $1.12 in early Monday morning trading.

They would have received an average tax reduction of £10,000 per year by disbanding the band.

The removal of the bracket proved to be too contentious politically, especially in light of worries that the rate of benefits will not rise in step with inflation.

Ms. Truss, who has officially been in office for less than a month, was dealing with an uprising among Conservative MPs over the suggested cut.

The U-turn, according to Resolution Foundation CEO Torsten Bell, moved the tax cut package “from [a] big giveaway for [the] very top of the top half” and made it “less overall regressive.”

The “big picture” of the “unfunded tax cuts that drove the market reaction,” he continued, would not change as a result.

When will it apply?

The top bracket is currently established and will remain so.

The anime “Bleach: Thousand-Year Blood War” will premiere when?

10 current and legendary athletes discuss what it takes to succeed at the 2022 World Cup. 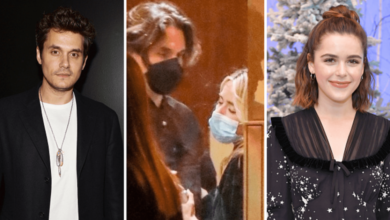