NEW YORK CITY, NEW YORK: Jake Gyllenhaal has long been noted for his incredible sense of style, and his most recent outing in the city added to a long list of memorable outfits! The 41-year-old actor was seen looking upbeat while sporting a gleaming brown leather bomber jacket. He also took the time to briefly pose for photographers as a courtesy.

Gyllenhaal, the younger sibling of ‘The Dark Knight Rises’ actress Maggie Gyllenhaal, has been on a press tour for the film ‘Strange World.’ In the film, he shares screen time with Gabrielle Union, who recently joined him for a sit down at ‘Good Morning America,’ where he spoke about the film and also being part of a remake of Patrick Swayze’s ‘Road House.’ This will be Gyllenha

Trolls are “glad to give him one” because Jake Gyllenhaal believes that taking regular baths is not necessary.

Jake Gyllenhaal criticizes “unruly” trolls and claims that Taylor Swift’s song “All Too Well” is not about him. 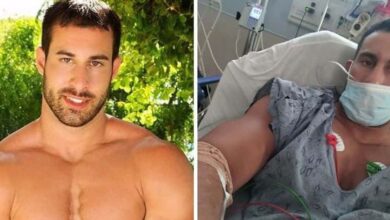 How Does Jacaerys Fare In “House of the Dragon”? His Destiny, Described

The Top Holiday Wines For 2022, Per Experts