The suspect in the Waukesha Holiday Parade tragedy has a lengthy criminal record. He’s a registered sex offender, a child sex trafficker, and a domestic abuser. According to a Twitter user, the suspect, Darrell E. Brooks of Milwaukee, has “25 different mugshots from multiple states.” Brooks slammed his red Ford Escape into a crowd of people celebrating in Waukesha, killing five people and injuring 40 others. Brooks is currently in police custody, and social media users have discovered old Facebook posts in which he discussed “knocking white people off.” He’s been dubbed the “Face of Black Terrorism” because of this and a couple of other troubling posts he made on his page, which have since been removed.

Brooks, a rapper who goes by the moniker Mathboi Fly, has a number of felony cases pending against him. On November 5, he was charged with resisting an officer (misdemeanor), felony bail jumping, second-degree reckless safety (felony), disorderly conduct, and battery (all misdemeanors with domestic abuse assessments) in Milwaukee court. On November 19th, according to records, he posted $1000 bail. Since the late 1990s, he has been on the wrong side of the law. In 1999, he was charged with a serious felony, marijuana possession (felony) in 2002, and obstructing an officer (misdemeanor) in 2003 and 2005. According to reports, Brooks has a long history of arrests, which can be found here. 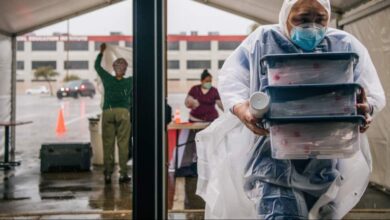